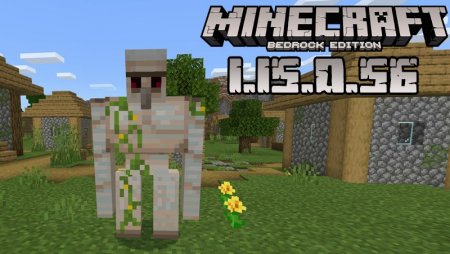 Our website always publishes the freshest MCPE related news among the first, and today is one of the happy news day because Minecraft PE 1.15.0.56 with interesting fixes and changes was released.

Of course, since 1.15.0.56 is not a full game version, you will not be able to play in Realms and with MCPE users using non-beta versions, but anyway we guarantee you that it’s worth trying because it brings a lot of helpful changes and removes some noticeable bugs and crashes in order to make your gameplay more comfortable.

These are the most important fixes carried out in the present update. You can check them for yourselves by installing it, but first, let us warn you that before launching it, you should save the worlds you are working on in the present to avoid losing them.

We also recommend you to save the worlds created in 1.15.0.56 too, because you won’t be able to access them with earlier Minecraft PE versions.

Watch the video trailer below to find out even more information about the present beta and make sure to share the good news with your friends. Your feedback on it is also welcome.

Don’t hesitate to visit us as often as possible, because we are regularly publishing articles with download buttons on the coolest textures, maps, and mods, as well as on the newest game versions. Have a great time!