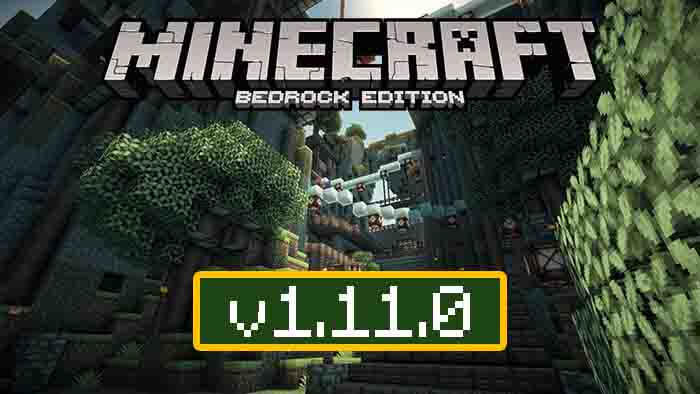 Finally, the release of Minecraft Pocket Edition 1.11.0 has been published in all Internet shops: Google Play, Microsoft, etc.

Would you say that each new version of Minecraft has significant differences!? Not! It is not true!

Now developers are finalizing the release of Minecraft PE 1.12.0 - in this update we will not notice any visual changes. Update Minecraft 1.12.0 will make setting up the game easier and more versatile. These changes in the game will allow you to create even more cool add-ons for Minecraft.

And now let's look at the full list of changes to Minecraft 1.11.0 - read below on this page!

Also on our site you can download various add-ons for the mobile version of Minecraft. Minecraft 1.11.0 has terrible textures - we recommend that you download the improved textures for Minecraft. You can also download some interesting maps with parkour trials.