Adding foxes to the mobile version of Minecraft was announced a long time ago. For several months, we did not receive any information from the developers about the foxes. And so it was done! After a few months of lull from the developers, the foxes were added to the world of MCPE!

Feature of the update Minecraft 1.13.0 is that with this version of the game will be foxes. Foxes have different behaviors. On this page we have published the main features of foxes!

You can read about other changes in Minecraft 1.13.0 in another article about Minecraft Pocket Edition 1.13.0 that we write for you. 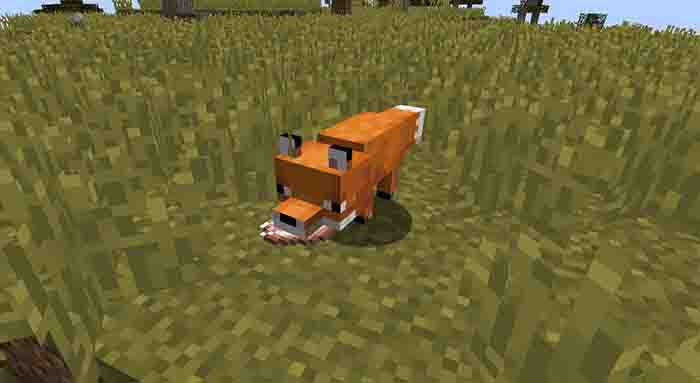 Changes in the game MCPE 1.13.0.1
We hope that this article was helpful to you! We told you about the most interesting innovations of Minecraft 1.13.0.1 for android.

The Minecraft PE 1.13.0.1 update was released for Windows 10, Xbox One and Android devices. Unfortunately on our website you can download the update MCPE 1.13.0.1 only for devices with support for Android.

We also recommend to visit the most interesting sections of our website: add-ons, textures, maps and seeds. In these sections you will find many useful and interesting additions for the mobile version of Minecraft!