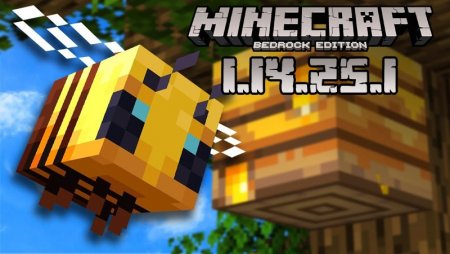 Sundays are the best days to relax and explore a new game version. Last week we had no updates, the freshest beta being Minecraft PE 1.14.2.51 released at the beginning of 2020. Well, to compensate for this lack, we are giving you the chance to try the new Minecraft PE 1.14.25.1 beta and we hope it will not let you down.

This time, the MCPE developers worked mainly on fixing a list of detected crashes and other errors.

The crashes that had to be removed were, as always, occurring during the gameplay plus a couple occurring when spawning in items and when searching the Marketplace.

Now that you know what to expect from Minecraft Bedrock 1.14.25.1, you can share this article with your friends letting them know about the new beta and click on the download button yourself.

To always find out about the latest game versions on time, follow our website. Here you will also find a lot of interesting maps to explore and play at, cool mods to improve your MCPE worlds and its features and many other articles with download buttons.

Have a nice and smooth gameplay!