In this update, you will discover changes in some Nether mobs’ behavior, namely:

Other mobs that were subject to fixes and modifications are: dolphins, squids, fish, pigs, wolves, husks, wither bosses.

They also introduced a lot of new sounds for some Nether items and biomes and fixed some issues affecting the blocks and other Nether features.

And now, let us tell you about the pearl of this update which is the new Nether mob: Piglin Brute. This guy is much tougher than the Piglin and cannot be distracted with gold. It is very fast and cruel, attacking the player as soon as it sees him/her with an axe. 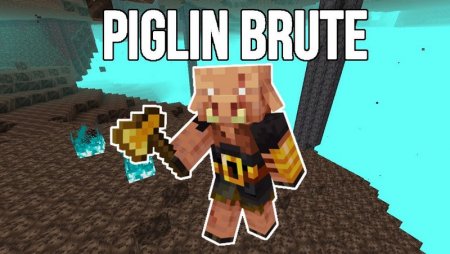 If you want to find out more about this version, we suggest you watch the video trailer below.

Follow our website and you will always be up to date with the latest versions and with many new maps, mods, and other surprises. Enjoy your time!