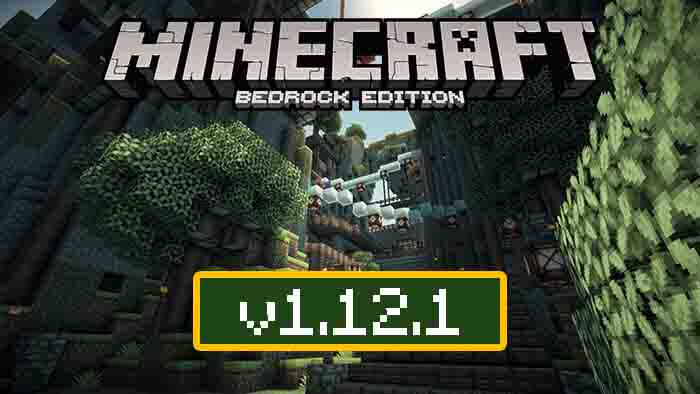 We waited for this update of the game for about 3 weeks. The fact is that after the release of Minecraft 1.12.0 for Android and Nintendo Switch various bugs were discovered.

In the update MCPE 1.12.1, the Bedrock Edition developers not only fixed, but also improved the game's performance.

Below we have published the full list of changes in the game MCPE 1.12.1 for Android and other operating systems. You may notice that in Minecraft PE 1.12.1 the same fixed bugs as in the update Minecraft PE 1.13.0.9!

Do not forget that on our website you will find various additions for the game Minecraft 1.12.1 for Android and Windows 10. In the mods section for MCPE you can download add-ons that add new types of food, plants, weapons, blocks, items to the game and much more.

Also, for players who are tired of the default graphics of Minecraft, we came up with a section in which we will publish texture packs for Minecraft Bedrock Edition. Go to the texture section for MCPE and choose the textures for Minecraft that you like the most.

Here are some more links to the most interesting sections of our website: maps, seeds, skins, guides and news!