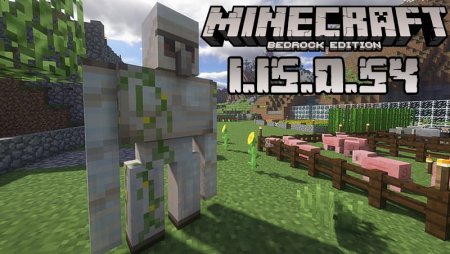 Unfortunately, this is not a full game version, but another beta, so keep in mind that while trying it, you won’t be able to join your friends using non-betas and Realms and that the builds created in it might be unstable, unlike the ones created in a full version.

From what the Minecraft PE developers let us know, there are eighteen fixes in this beta. In our opinion, the most important ones are the fixes carried out in relation to the teleportation bugs, to the problems of the block loading when traveling between dimensions and to the wrong generation of Strongholds and ocean monuments.

In addition to the above-listed fixes and changes, the developers also worked on a few minor problems affecting the user interface.

Before downloading and sharing this version with other Minecraft PE players, we recommend you to watch the video trailer; perhaps it will offer more detailed information about it.

If you want to be also up to date with the latest Minecraft PE news, including the newest game versions, follow our website.

Here you will also have the chance to try a very interesting AR game called Minecraft Earth. Download and enjoy it for free! Have fun!